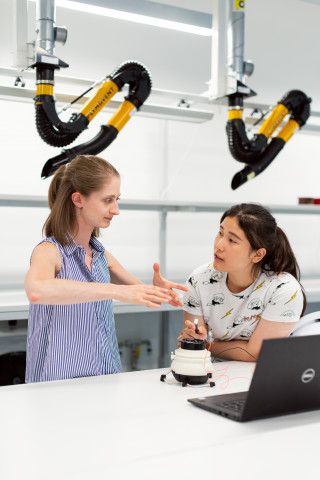 With female engineers accounting for only 12% of the workforce in the engineering sector (2018 data, Source – Engineering UK Report 2018) there is a renewed focus to understand the barriers to educational pathways and initiatives to increase the number of women that enter engineering in higher education.

The influence of women engineers can be found in everything we do.  Here are Mendeley Careers most influential women in engineering.

Women engineers that changed the world:

Ada Lovelace collaborated with mathematician and inventor Charles Babbage on the Analytical Engine, a forerunner of the modern computer.  Lovelace recognised the potential of the machine beyond that of producing complex calculations and is credited with producing the first algorithms.

Guppy was a British inventor and the first woman to patent a bridge design in 1811.  A prolific inventor, Guppy held many patents which included a patent for a tea / coffee urn which also cooked eggs, a new design of candlestick and a fire-hood for a cooker.  Guppy also devised a method of preventing barnacles from sticking to ships’ hulls.

Primarily a mathematician, Johnson’s calculations and technical specifications were critical in developing NASA’s space programme.  After a spell as a teacher, Johnson worked for NASA for 33 years and her work in orbital mechanics helped the Apollo lunar mission.

Most famous as the founder of modern nursing techniques, Nightingale was also skilled in statistics.  Using data visualisation, Nightingale developed a proportional pie chart, which is still widely used, in order to illustrate cause of mortality and improve healthcare outcomes at home and abroad.

Jobs in Statistics and Decision Sciences

Described by Einstein as “the most significant creative mathematical genius thus far produced since the higher education of women began”.  Noether discovered ‘Noethers Theorem’, which explains the connection between symmetry and conservation laws and is fundamental to mathematical and quantum physics.